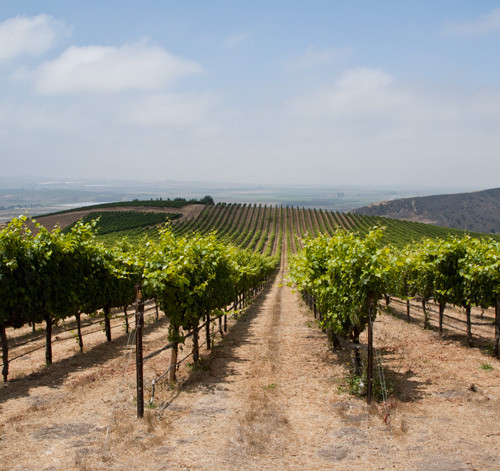 Last month The Ojai Vineyard had the honor of mention in The New York Times. In his Wine School column, Eric Asimov singled out our 2016 Santa Barbara County Syrah as one of three wines which show that when “planted in the right places, grown conscientiously and produced with tender care, American Syrah could in fact be something quite beautiful.”

Could in fact? Well, Eric says there’s a caveat to a lot of California Syrah, and consumers became wary after California’s Syrah planting craze in the ‘90s. He remarks that too much of California Syrah was planted in warm areas, where varietally bottled Syrah generally ends up providing a fruity, forgettable red wine that makes no nod to its Northern Rhone origins. Preach, Eric, preach!

If you’ve followed along with Adam’s evangelizing for cool-climate Syrah over the years, you know how happy we are that Asimov is picking up what we’re putting down with Syrah in California.

Adam started making Syrah at The Ojai Vineyard back in 1983, long before the rise-fall-revival that Eric describes. He maximized the opportunity of not just bearing witness to the span of Syrah’s evolution in California, but also helping to shape it. Adam put forward many bottlings of Syrah from warm sites, making boisterously fruited and inky wines best paired with rib roasts and/or aged a decade (Thompson, Roll Ranch). But against those wines, Bien Nacido’s peppery and floral nature always made it the favorite. In the early 2000s he began migrating toward more moderate climates (White Hawk) and chillier ones, too (Melville), and began to further realize the potential for savory, spicy intrigue in Syrah. 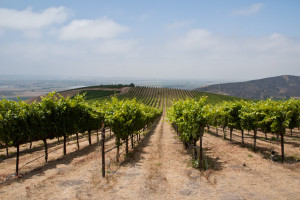 Now, fast forwarding to 2020, The Ojai Vineyard makes almost exclusively cool-climate Syrah: Bien Nacido, Solomon Hills, John Sebastiano, and Duvarita comprise the lineup (we even have some Cottonwood Canyon designate coming down the pike). Roll Ranch stands as our only warm climate Syrah, and you can read about what makes it exceptional here. We also produce the Santa Barbara County Syrah blend that Eric Asimov admired using those same vineyards, which we craft to allow for earlier drinkability and more versatility at the table.

“One of the reasons [to] love Syrah wines is how well they go with many different sorts of foods,” Asimov writes. “Syrah and a roast chicken is a wonderful combination. It will go with all sorts of red meat dishes, whether burgers, steaks or stews, as well as bean dishes and poultry. Experiment and see what you think,” he adds.

With a clutch of different cool-climate Syrahs made by The Ojai Vineyard, it can be tricky deciding which one will best pair with your dinner. Now that we’re in peak season for enjoying Syrah, we thought it might help you to have us break down what makes this set of Syrahs similar and different, and how each performs with a meal.

We’re sold out of the 2016 bottling that Eric recommended; we’re now onto the beautiful 2017 bottling. Comprised of mostly John Sebastiano Vineyard Syrah, there’s also some from Bien Nacido, a touch from Roll Ranch, and a dollop of Grenache from JSV. This wine shows a great mid-weight, easy going feel. The palate carries spicy red fruits that come on with a plump and supple texture, while the tannins are fine and engage the palate in tandem with pepperiness. It speaks to Syrah’s exotic and enticing side much more than inky power.

Pairing notes: This one is best for Eric’s suggestion of pairing Syrah with roast chicken; it’s no stomper of a wine, it dances, so lighter meats aren’t overshadowed by the wine’s textural intensity. You’d do very well pairing it with grilled pork tenderloin, actually. This wine is a terrific value too, so go ahead and have it with a good weeknight burger if you’d like. Eric recommended it and we do, too

John Sebastiano always flows with a silky seamlessness that can be surprising if you’re used to drinking Syrah and expecting grit and burliness. Adam has theorized that the gentle tannins of this wine might be thanks to tight row spacing and high canopies, which keep these clusters in a mottled kind of light. This wine always flaunts knockout fruit laced with exotic notes of smoky incense, coffee and peppercorn. In this 2016 the bit of whole cluster expresses itself with a little juniper-like greenery that plays up the wildness. This wine is as fun for the head as it is to drink.

Pairing notes: Like the SB County Syrah (which is heavily based on this site), this elegantly textured Syrah wine won’t trample over lighter meats. This wine goes deeper into plummy dark fruits though and expresses more savory, meaty notes. You can ratchet up your flavors to counter it. So instead of an honest roast chicken, maybe stuff tapenade underneath Moroccan-spiced chicken skin and serve that over a tagine full of garlicky chickpeas, vegetables and dried fruits? It’ll shine with lean filets of beef or game too (which don’t require very much tannin) and the touch of greenery in the wine will play beautifully with some chimichurri.

Bien Nacido shows a fruitier exuberance compared to JSV, but it’d be a mistake to call the wine fruity. Fruit buoys other layers of bacon (yes!), cocoa and smoky five spice. Rich dark cherry and bluer cassis anchor the aromas, but lots of Provencal herbs, wood smoke and olive tapenade fragrances bring a botanical kind of intrigue. This is our longest standing cool-climate Syrah lease; we’ve been farming the same rows in Z-block since 1994. The foothills at Bien Nacido form the first obstacle for ocean fog to cling against, and that marine influence gives Syrah that’s packed with woodsy character.

Pairing notes: This wine takes us to where we’re talking about the classic Syrah pairing—Lamb! Sure, the JSV Syrah would be great with some lamb chops, but you’d do better even with Bien Nacido. While it’s not an especially tannic Syrah, there’s a nice clench of minerally tannin that counters the intensely savory and mouth-coating quality that lamb fat brings. Stick to something like an herb crusted approach rather than sweet, fruity sauces that often come up in lamb recipes. That way it’s the wine enhancing the meal; something like a blackberry port sauce would harden the wine and compete with its fruit. 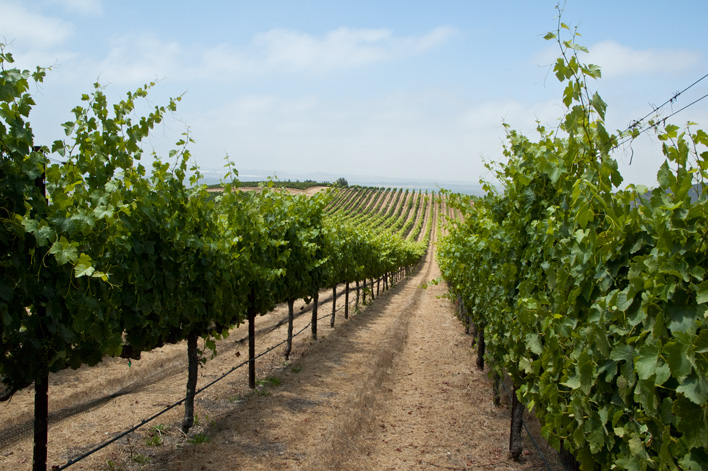 Duvarita shows off Syrah’s most earthy and energetic potential. Its spiciness and wild herbal tones are so inherent that we’ve never used stem inclusion when fermenting this wine. Duvarita is also generally our most floral Syrah and it’s really enticing that way in 2016. A purply violet liqueur-like quality pushes other aromas of black pepper, concrete, and complex notes of herby dry-aged beef. Dark berry flavors come first then sidestep for mouthwatering cranberry compote, and those fruits see-saw as the wine pulses with savoriness and acidity. This Syrah boasts some grip, just a bit more so than Bien Nacido.

Pairing notes: Cassoulet comes to mind with this Syrah (and, well, lamb). Cassoulet is traditionally thought of as good peasant food (beans, sausage, veggies and aromatics), but over many years it turned into a decadent regional display of animal cookery, with big hunks of cubed pork belly, great sausage, often duck confit or breast, sometimes goose. Lots of richness. Duvarita’s floral lift, refreshing acidity, and fine peppery tannins are a perfect foil for that. 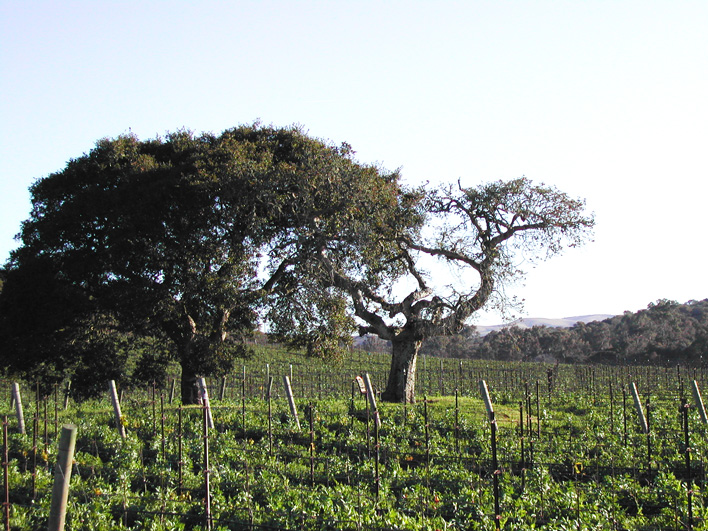 Like Duvarita, Solomon Hills is very coastal, extremely cool climate for Syrah, and likewise planted on the same sandy soil. Their elements aren’t dissimilar; you can sort of imagine the Solomon Hills as a moodier version of the same being. Rather than floral lift, this Syrah shows more rooty, underground earthiness, along with profound animal qualities like leather and cooked down pan juices from a roast. Black cherry and plum escorts all that savoriness and pretty floral suggestions subtly pop up with time in the glass. Texturally it starts suave until you feel the wine grow and start scaffolding with structure, as if filamental tannins are fusing to shape something grand…

Pairing notes: In Karen MacNeil’s review of the 2013 bottling for Decanter she praised the wine having a “deep, rich, red meatiness, like an oxtail stew that has simmered for hours.” I thought, Damn that’d be great pairing. Oxtails are great (or you can substitute short ribs or shank). Off-cuts like this have plenty fat plus a lot of connective tissue that breaks down into gelatin when cooked, thickening a braise into a luxuriously textured and flavored sauce when reduced. It’s fun and delicious to make an expedient/lazy-person’s riff on molé, braising the meat in red wine and beef stock, but also using ancho powder (or another earthy/less fiery pepper), cumin, a bit of dark chocolate, plus bay leaf and oregano. Add clove, cinnamon or other exotic spices to taste. This wine will sing with it. 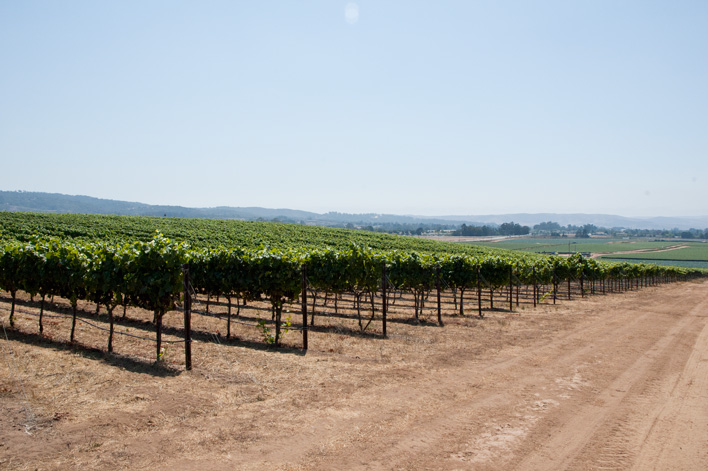