In 2017 we seized an exciting opportunity to resurrect our long-gone estate vineyard. This wasn’t just planting any vineyard, though; this was an opportunity to change the future of viticulture in California.

Just down the hill from where we make wine at the Tolmach’s ranch in Oak View, there used to be five acres of Syrah and Sauvignon Blanc that Adam planted in 1981. That vineyard looked beautiful until 1985, when the first signs of Pierce’s Disease began to show. It progressed steadily throughout the vineyard, scorching the leaves and blackening the canes, until all the vines were removed in 1995.

Pierce’s Disease is primarily spread by a flying insect called a sharpshooter, which spreads a bacterium that kills vines within a few years. Back when our vineyard succumbed, we were only dealing with sharpshooters native to California—the blue-green and the green—which are problematic enough. By 1994 (just before our first crop at Roll Ranch), a new and most unwelcome type of sharpshooter from the Southeast was identified and spreading in California—the glassy-winged sharpshooter—and all the ag experts sounded alarms that Pierce’s Disease was about to become a lot more challenging. It did.

For years it didn’t make any sense for us to replant. Now, thanks to new grape varietals bred by Dr. Andy Walker at UC Davis, we have a new vineyard that can be organically farmed and remain bulletproof against PD. We were graciously offered cuttings of these vines to trial at the Tolmach’s ranch, and we planted them in August of 2017. There are four varietals—two white and two red—filling out 1.2 acres. That might not sound like much to work with, but the vines are densely planted at 5.5’x5’ and they’re super vigorous, so we have zero complaints about yield (and we thin the yields considerably).

There is a lot more information about this vineyard and the grapes that we planted in this blog post, check it out! 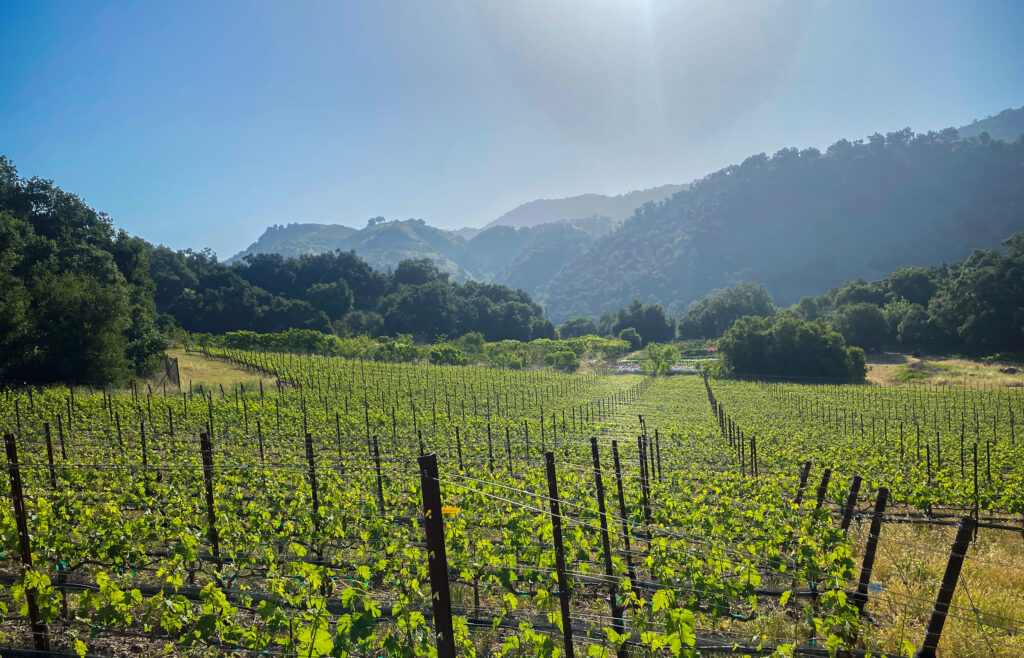