Kick On Ranch is a few miles West of Los Alamos, getting close to the ocean and Vandenberg Air Force Base. This vineyard is home to our Riesling. It’s located in a narrow East-West corridor that funnels the Pacific Westerlies inland, so the wind is near constant and you get goosebumps even when visiting the vineyard in summertime.

The wind and fog challenge the vines, and the poor sandy soils temper vine vigor. Our Riesling is always our last white fruit to ripen (generally in October). So much abuse and deprivation seems like a bad thing, but it’s exactly what provides the intense character and fine balance that you’ll find in our dry Riesling.

The ranch was used once used only for cattle grazing before being planted to vines. This vineyard was planted in 1991 by Bob Stevens to Pinot Noir and Chardonnay. Some are on rootstock, some on their own roots. Steve Lyons bought the vineyard in 2007 and expanded the acreage by one third to 108 acres. Now it has Chardonnay, Riesling, Pinot Noir and a new planting of Gruner Veltliner.

The soils here are marine-based, generally very sandy loams. Numerous series of soils exist, but the most common are the Chamise soils, which are, typically, well-drained and rest above deep gravelly beds of silt, clay and sand. The other soil series that is widely found is the Elder series. These originated from alluvium deposits derived from sandstone. Along with the wine and fog, these poor soils stress the vines, resulting in grapes of greater flavor and concentration. 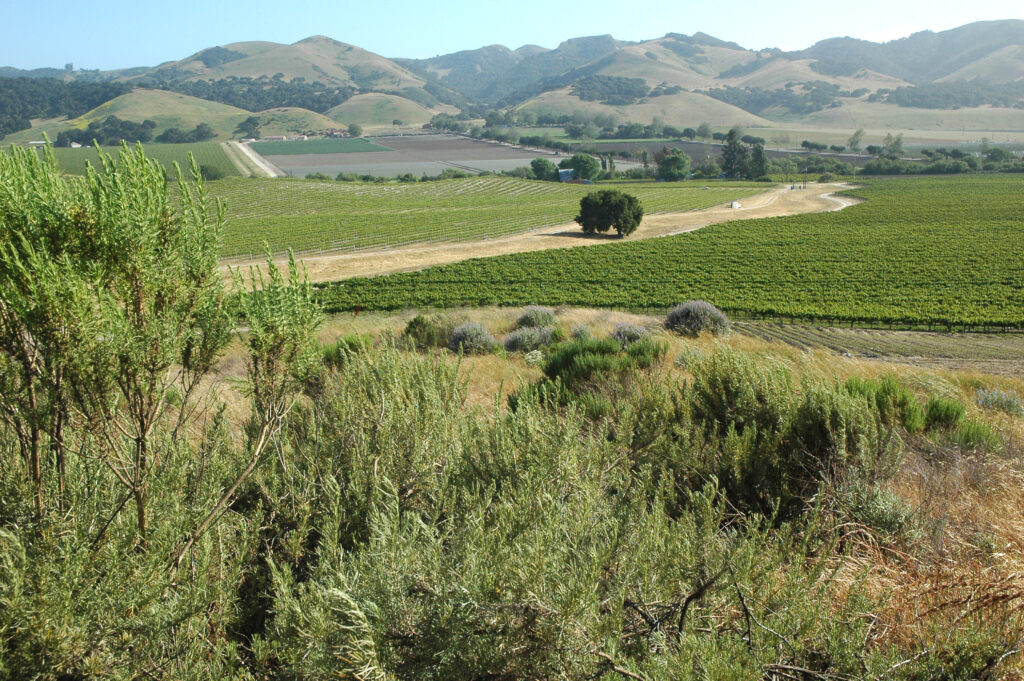